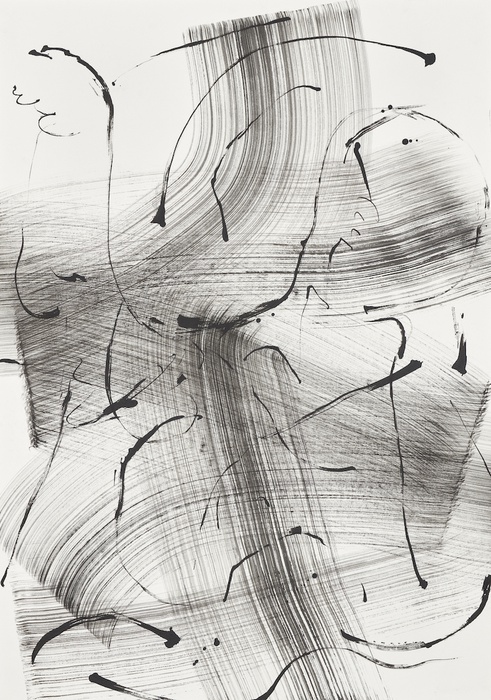 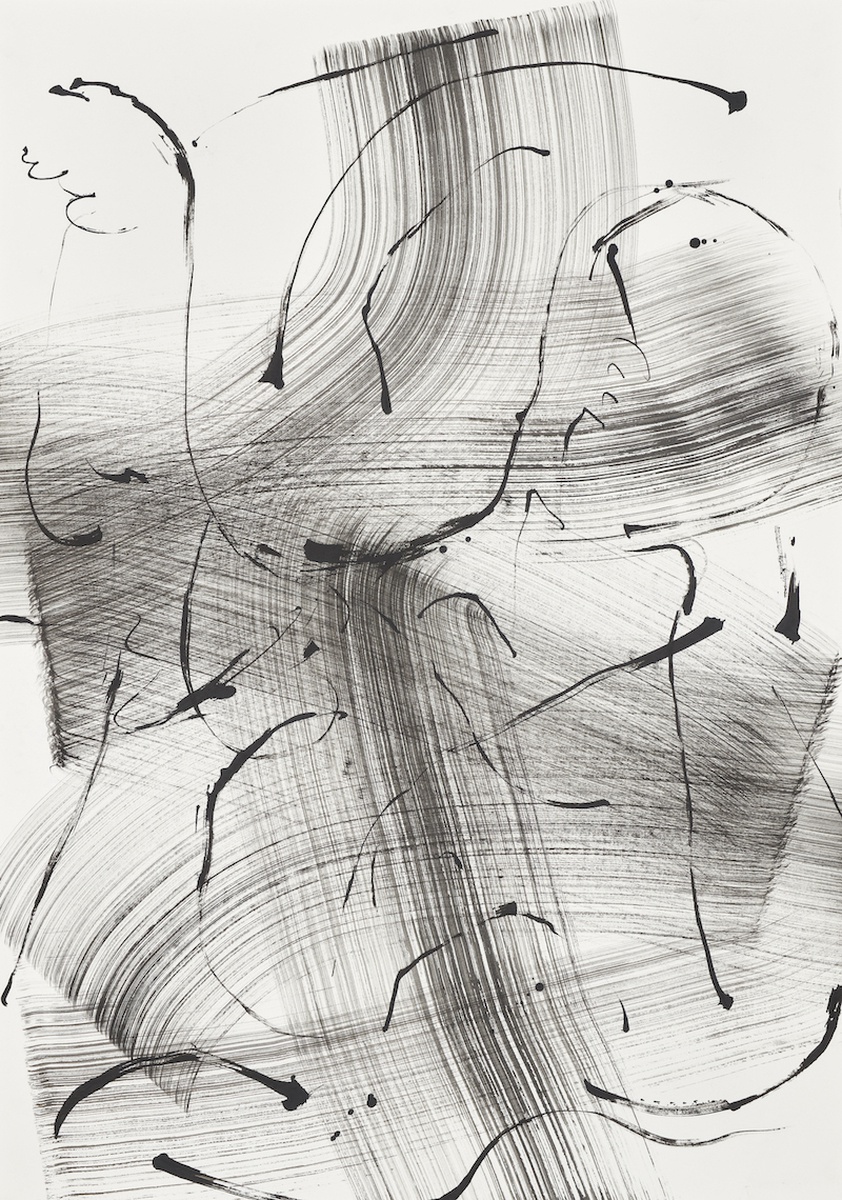 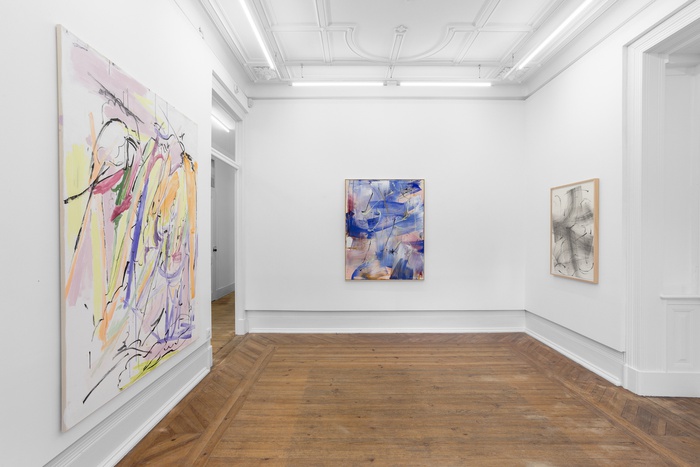 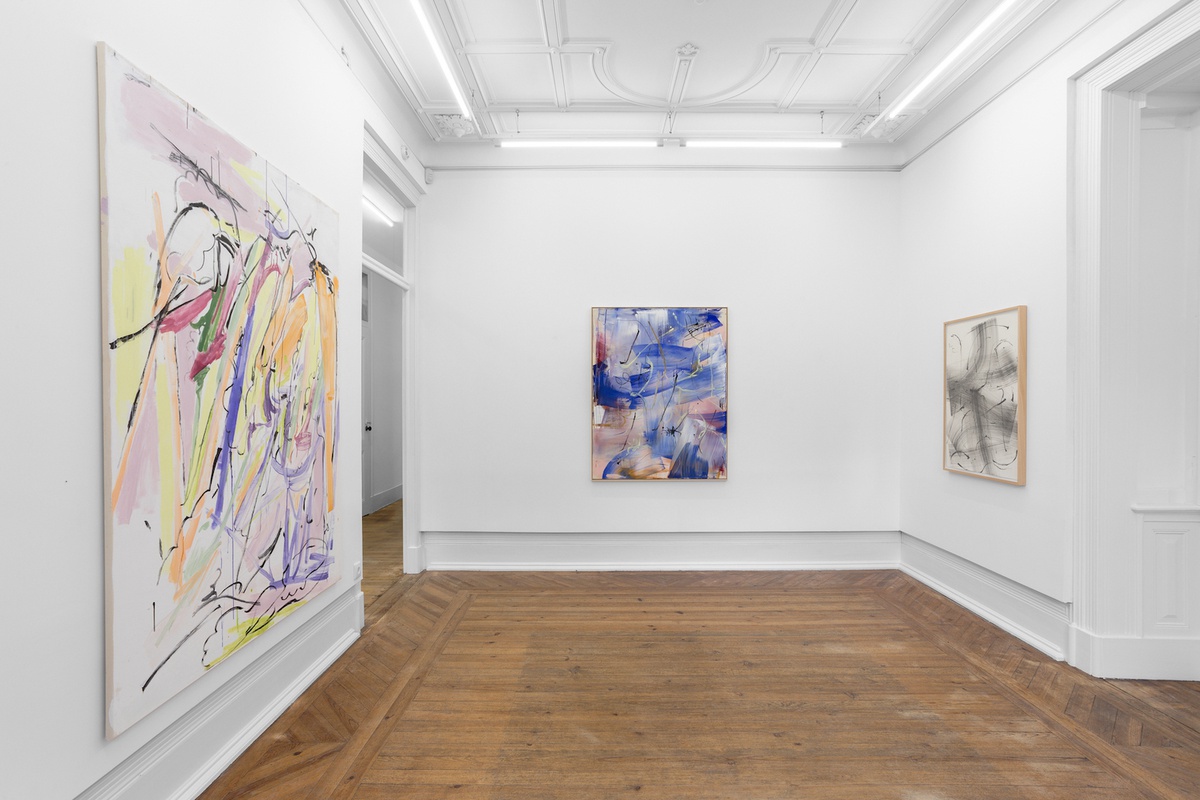 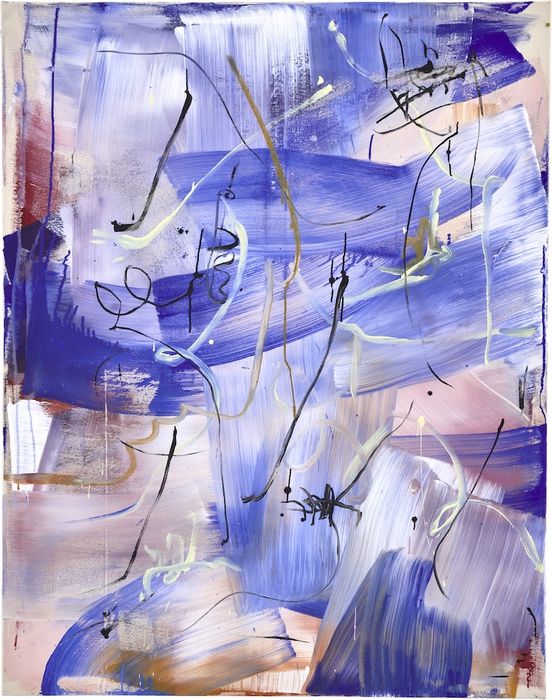 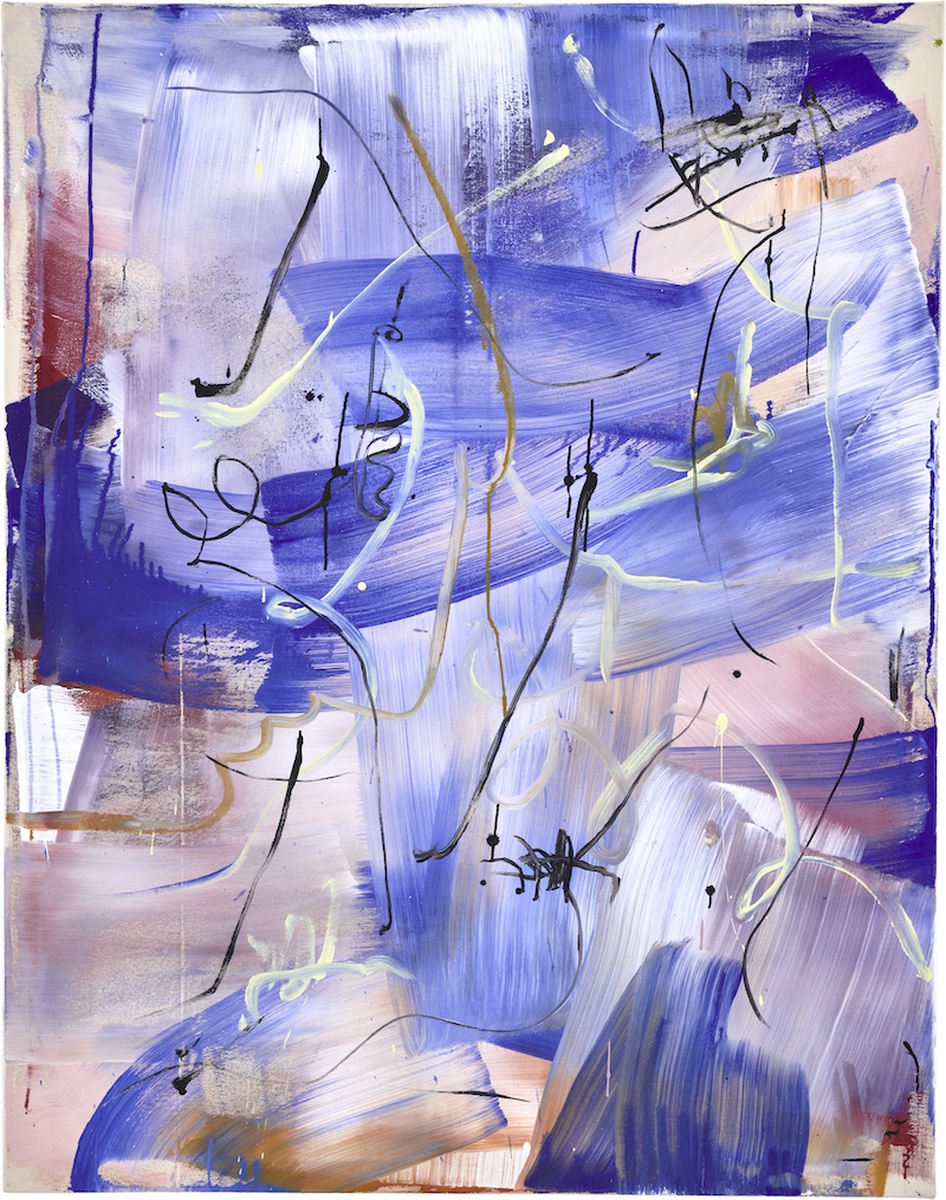 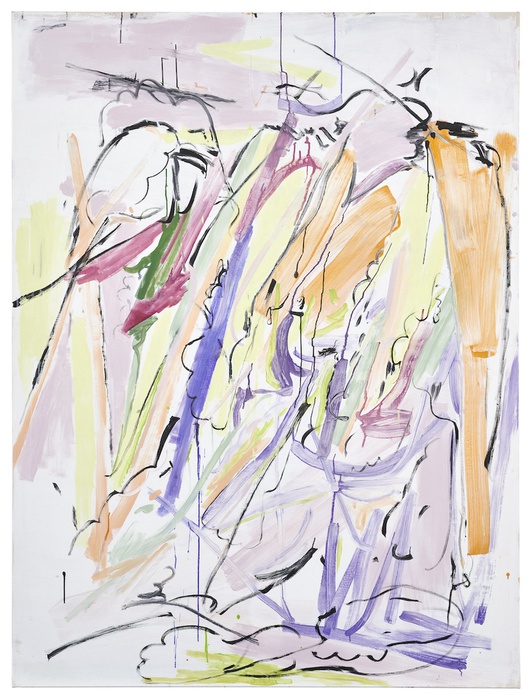 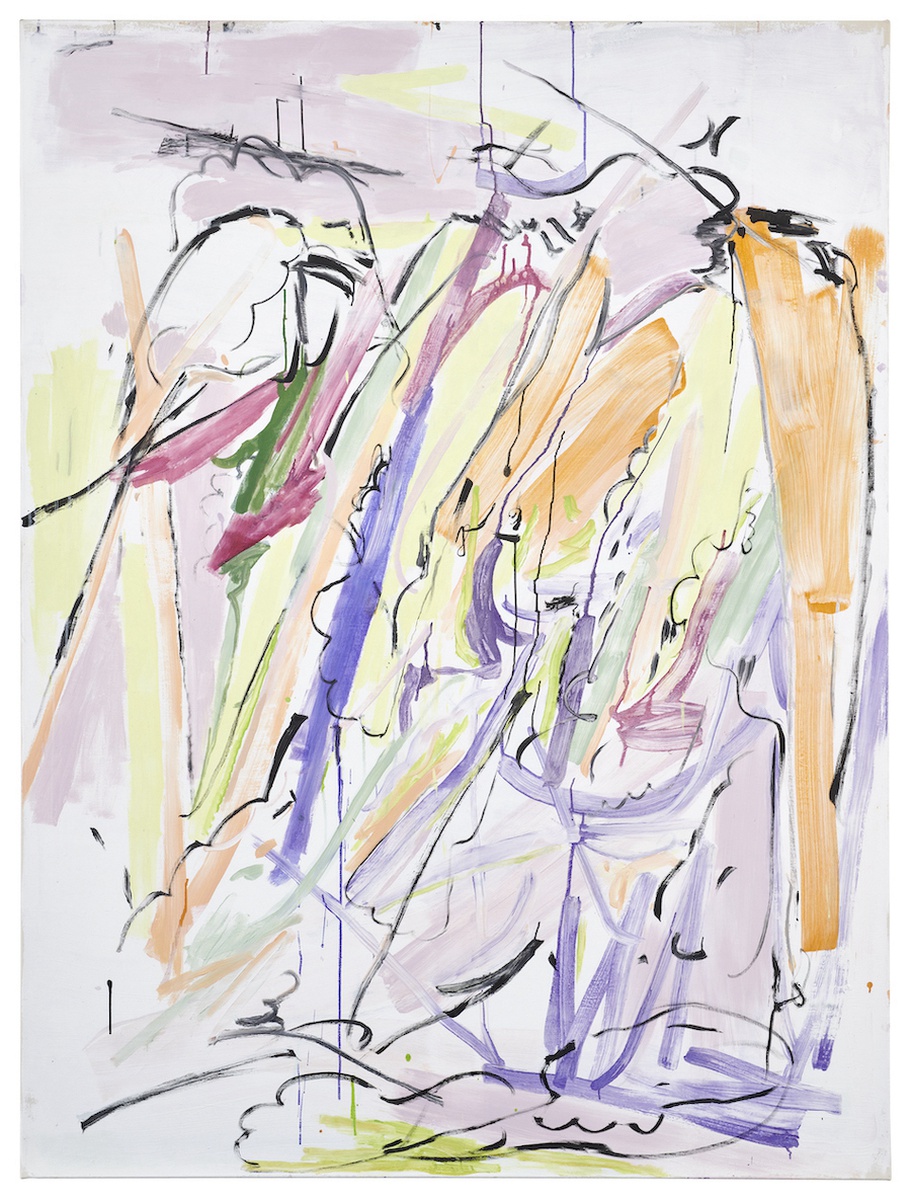 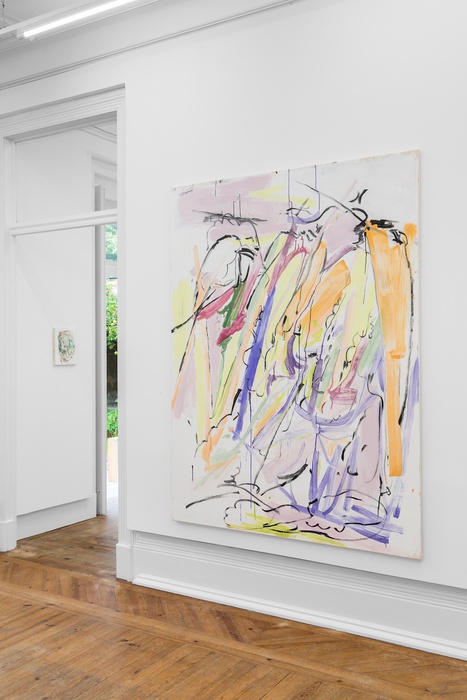 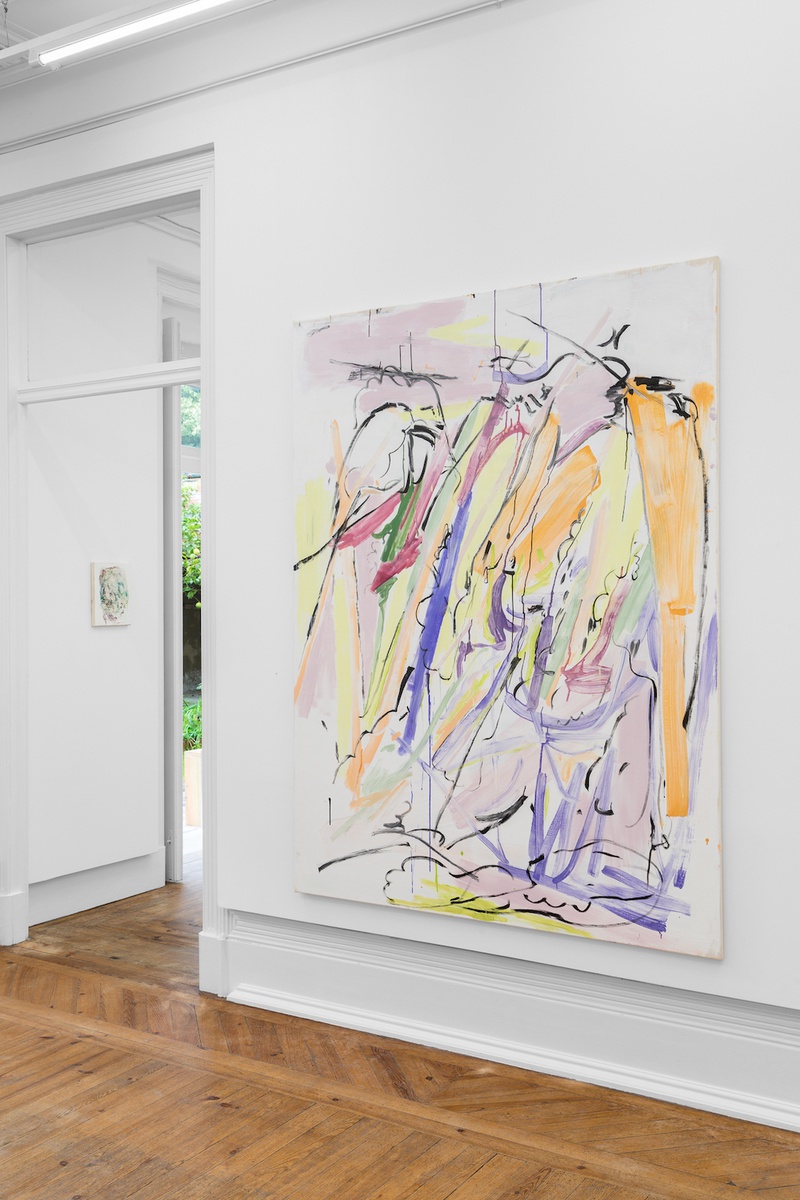 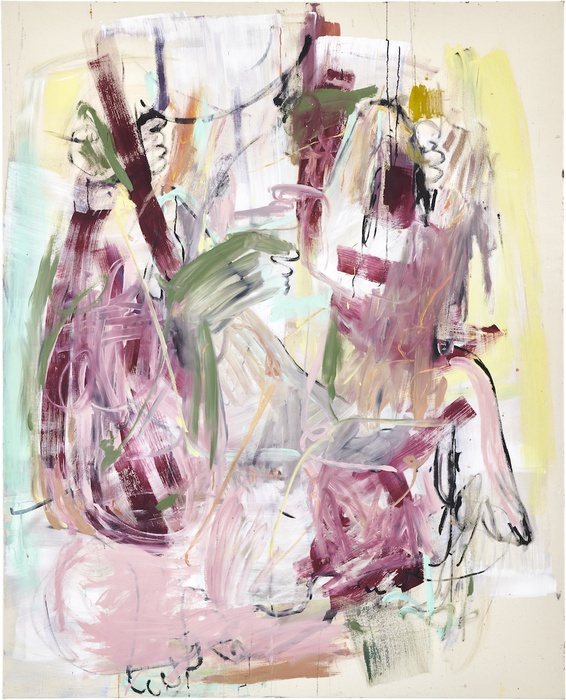 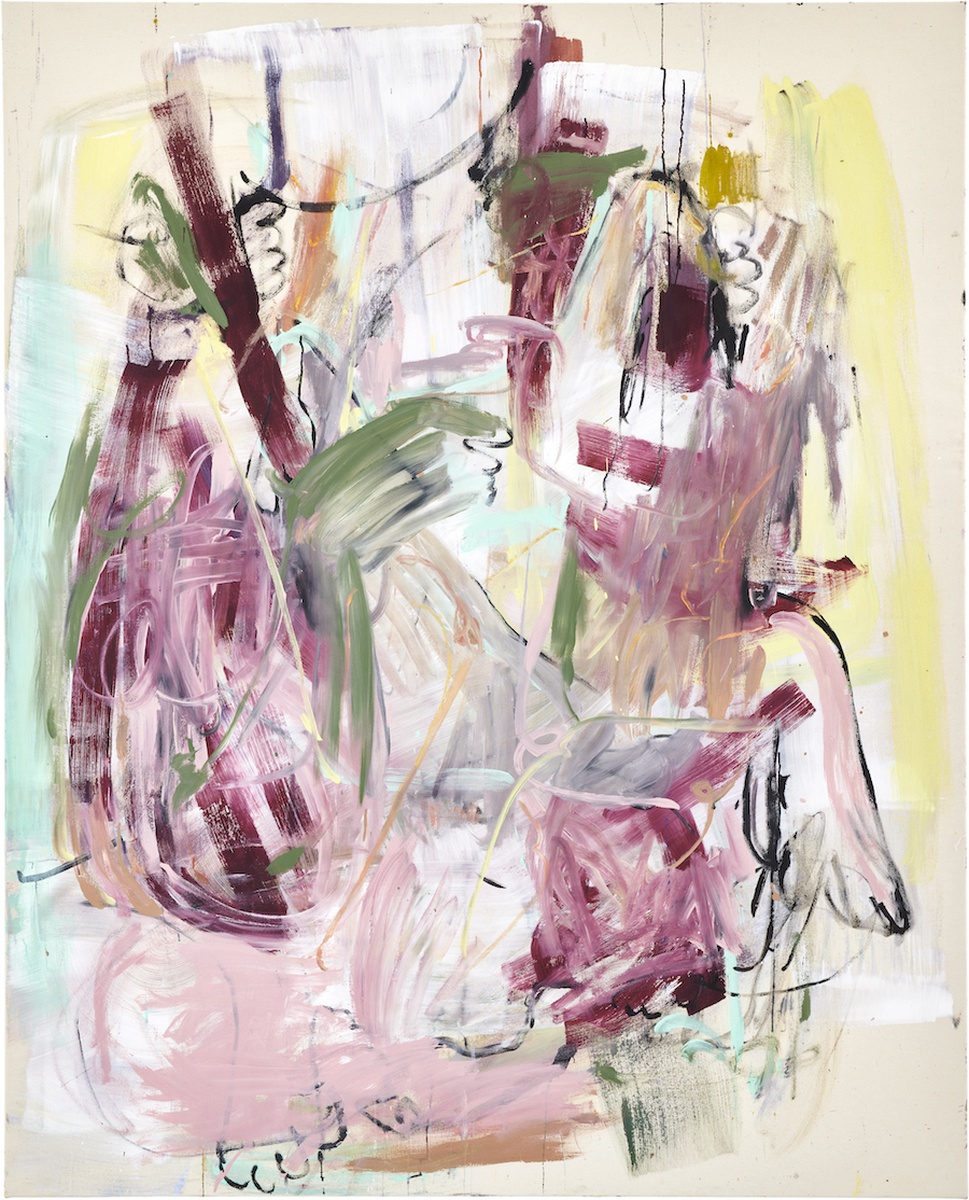 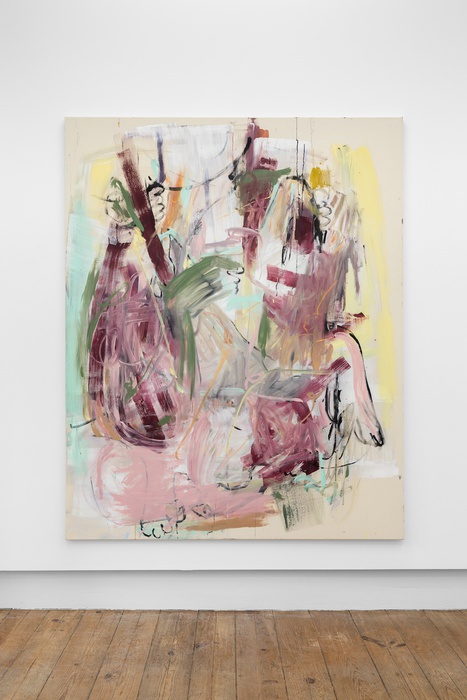 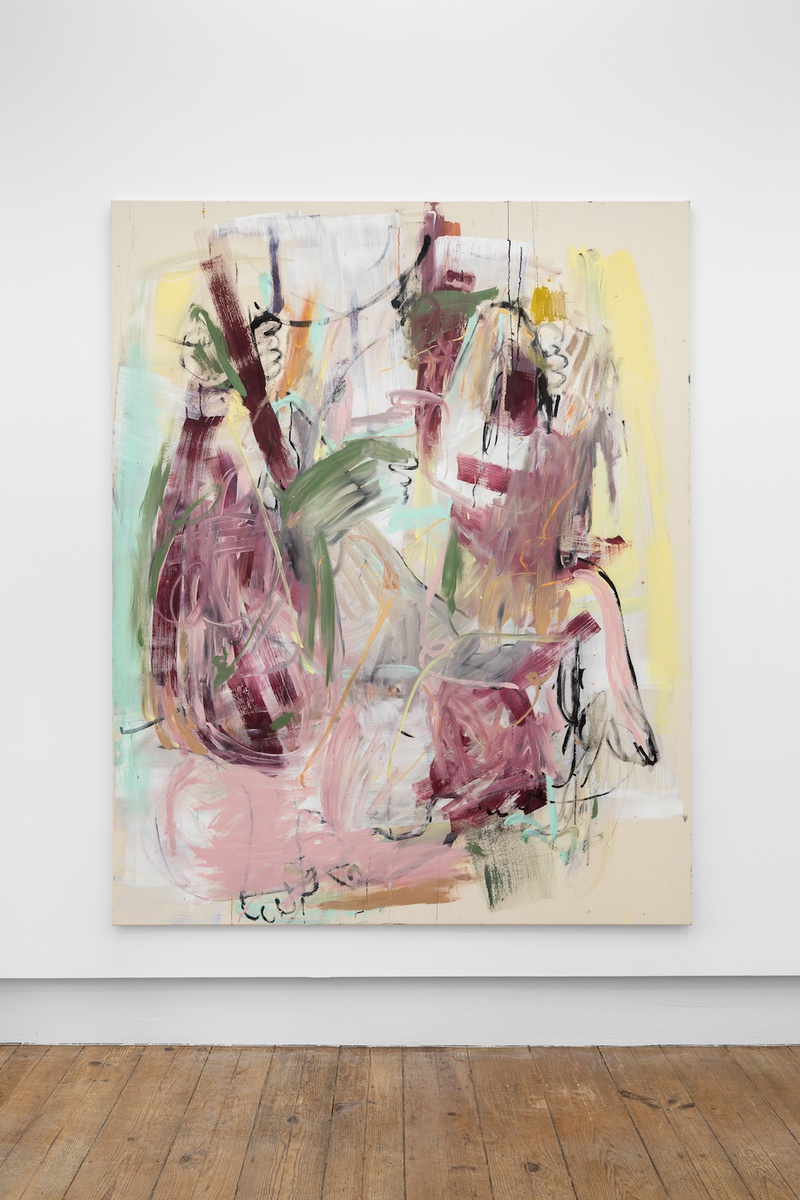 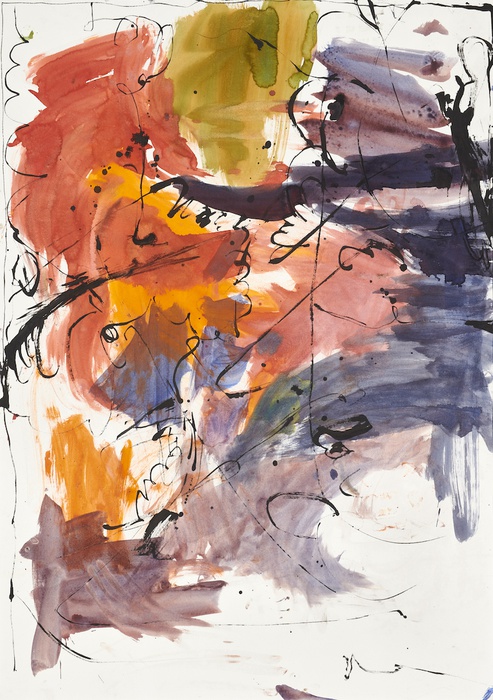 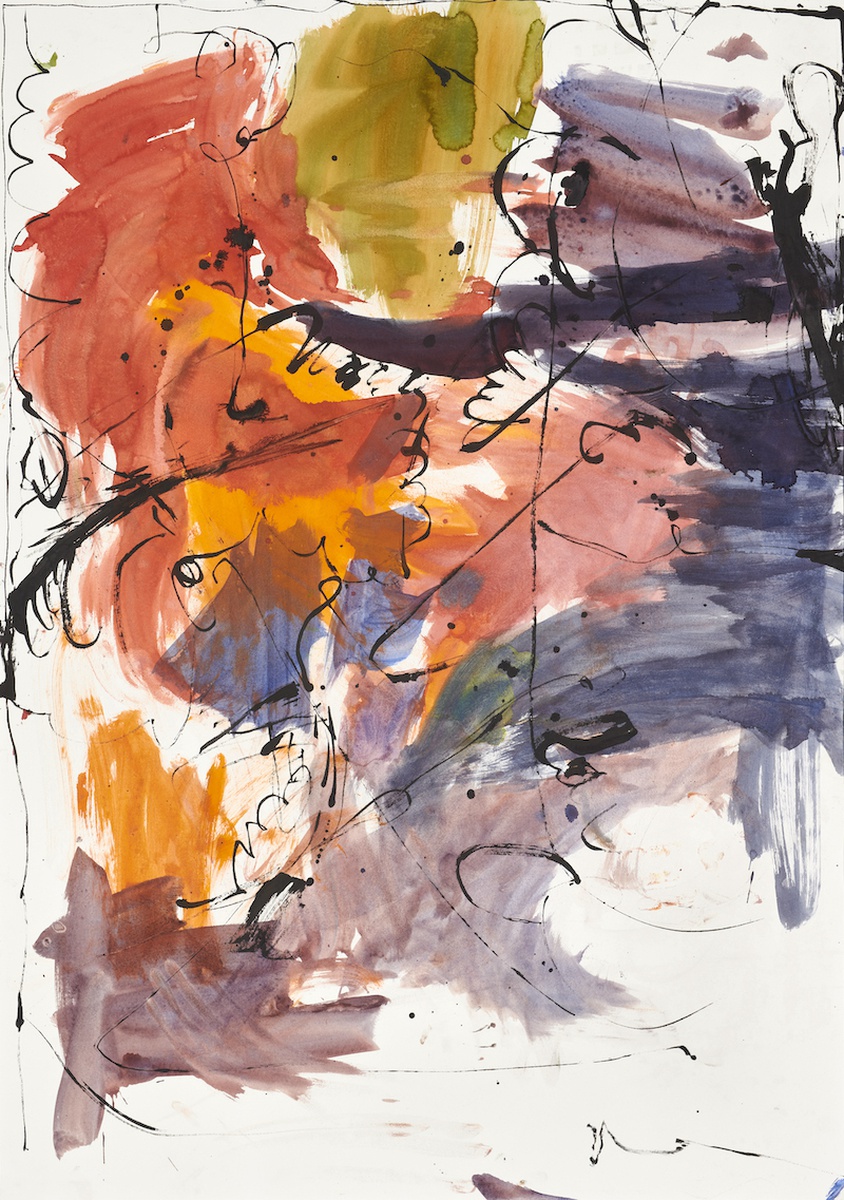 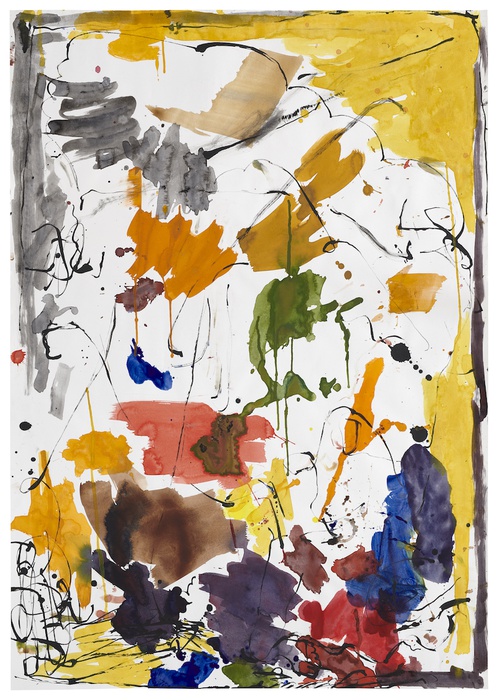 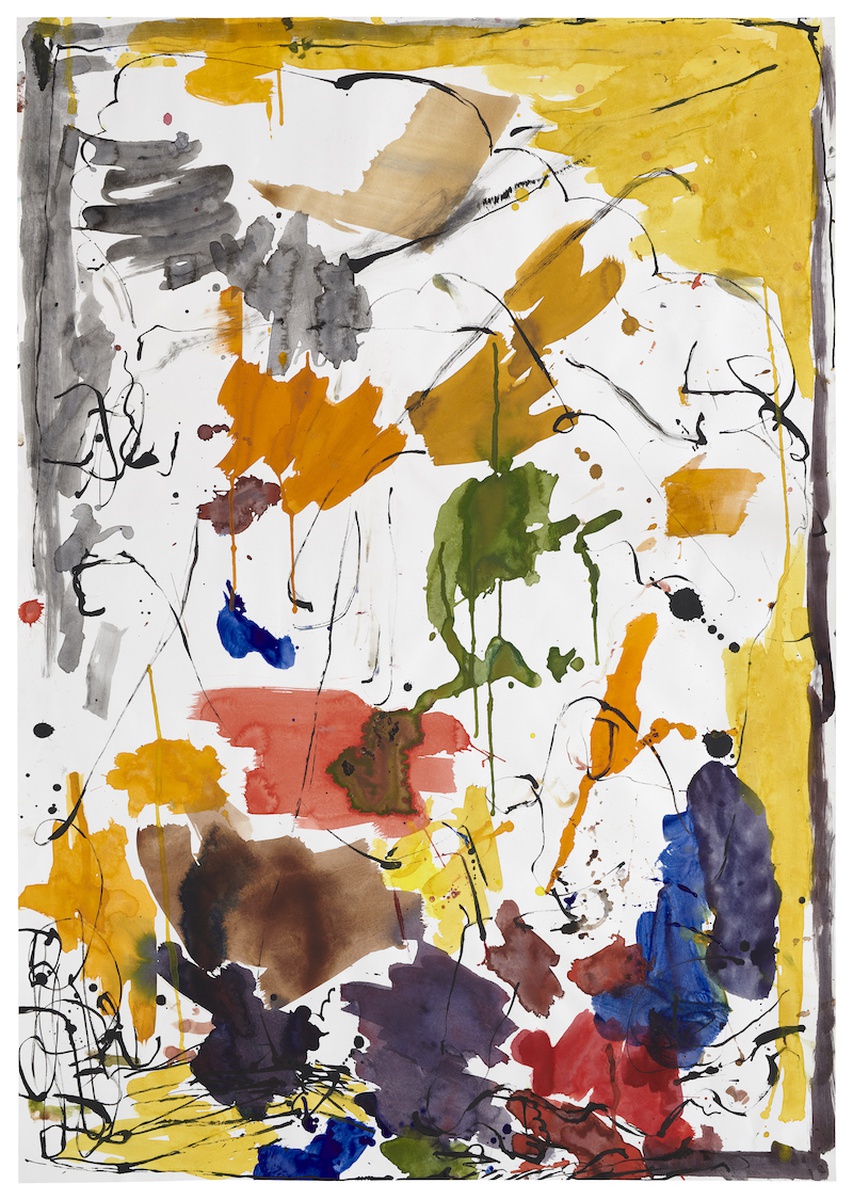 watercolor and Indian ink on paper

watercolor and Indian ink on paper

Jahn und Jahn is delighted to present high noon, the frst solo exhibition of Hedwig Eberle (b. 1977 – Munich, DE) in Portugal, that gathers works from diferent years of production.

Bringing her musical and visual sensibility onto the surface, Eberle opens us up to the harmonies of the possible – the free fowing and vivid features of line and colour are the fusion between being and matter. The guidance by the senses inherent in Eberle’s process fnds expression through colourful brush strokes that bring together the possibilities between line, surface and form. These gestural lines stand somewhere between fguration and abstraction, covering and unveiling shapes and lines that suggest at times the image of the body.

The desire for interplay between colour and line is manifested and emerges through the creative process and fnds place in a practical space, unifed into a concrete abstraction, sending the viewer onto a feld of “indefnability of infnity”. This gives way to the celebration of the possible, of material reality, through rhythm and colour. Refusing any kind of restraint, Eberle allows forms and shapes to lurch at the subjectivity of the viewer, welcoming the elements to disarrange the previously organized.

Time, succession and measurable causality are then put aside, giving space to intuition and creativity – a movement fowing in the opposite direction of the daily and the predictable. With great openness, each of the gestures is a searching one. A movement is a possibility of flling an emptiness.